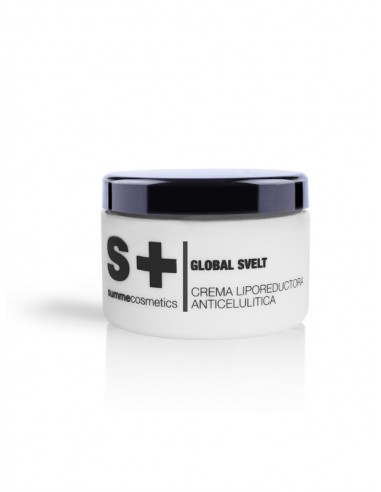 Liporiducent and anti-cellulite cream with powerful inhibiting action of lipogenesis. It reduces the accumulation of lipids in adipocytes. Contains active vasoconstrictors with an anti-edema action. Indicated for combined treatments, with liporiducent LR extract and DC drain-circulatory extract.

Papayaslim: Active with a powerful lipolytic action, which results in a significant reduction in the volume of the abdomen and a substantial improvement in the softness, firmness and tone of the skin.

Paulina Cupana: Plant very rich in caffeine, which generates a powerful inhibiting action of lipogenesis and a lipolytic effect, which results in a decrease in the accumulation of lipids in adipocytes.

Professionals with years of experience in the research, manufacturing, marketing and application of professional cosmetics have made this possible: Summe Cosmetics.
A new and modern brand, with fresh urban ideas and cutting-edge technology has achieved something very challenging; it has united youthful energy with years of work experience. A large group of professional beauticians from all over Spain enthusiastically welcomed the idea of creating a brand specially made for them that responded to their real needs. Their ideas, suggestions and experience have been vital in giving shape to the first product lines. The efforts of various professionals were gathered into a single common objective: Creating a strong brand that defends the identity and profession of beauticians with high quality products at competitive prices.

No reviews
Tap to zoom